Presidents' Letter - A generalist approach is not new; Family Medicine has always been and will always be! 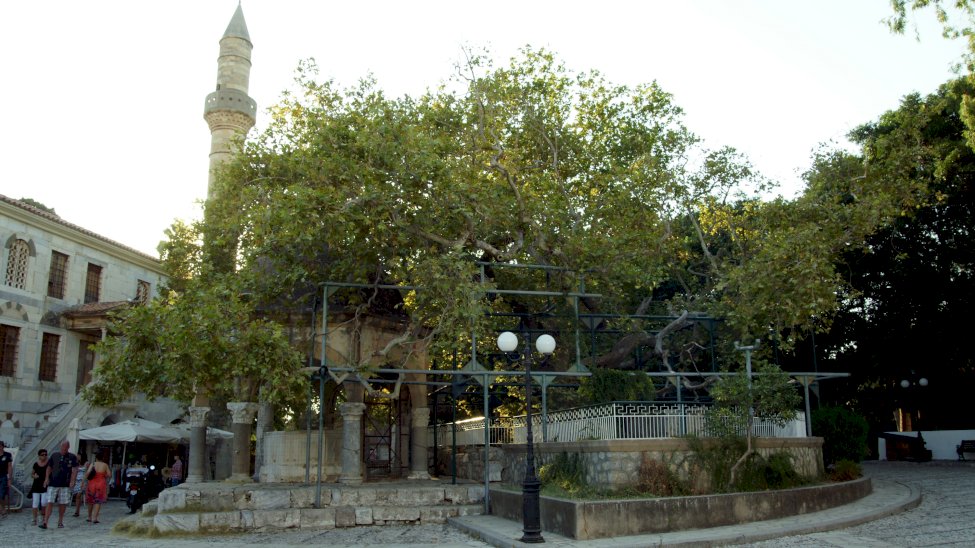 Sometimes we may not be aware of the history of the region that we live in. Knowing your own history is mostly useful for shaping a better future. Although WONCA Europe and its Networks have a history, the generalist approach and education in medicine also has a history if we look at ancient times. You can see where you come from, where you are going, and how successful you are to leave a good sign in this world - all are depending on a reference point called history. They say history is not exactly as it is written since it is influenced by politics with its many dimensions. However, I was surprised by the history of medical schools when I was at the beginning of my career in family medicine (FM) when I was reading FM textbooks as part of my learning. I wanted to summarise and share what I have read and lived. I remember when we used to talk between us residents from the various FM departments and how we were proud of being a part of the generalist approach in medicine but also how we needed to move to the specialisation of FM. More than 30 years have passed, like a whirlwind, with the development of the specialisation of FM which is based on a generalist approach covering more than 90% of the diseases in primary care anywhere in the world. As you know already, learning the first five most frequent, common diagnoses in any speciality cover 90% of the patient load in a hospital speciality clinic (like ophthalmology, cardiology, psychiatry etc). So as teachers or in peer-learning or when you put your resident to the daily outpatient polyclinic work, he/she must learn the five most frequent diagnoses and the relevant investigations and first-line treatments (such as medications). In the FM speciality, due to its nature, the need for the development of a generalist approach and due to the diversity of differential diagnoses, it is not easy to work alone at the beginning stage of residency in a busy FM clinic. The first most frequent 25 diagnoses consist of only 67% of all diagnoses in FM! Comparing it with the other specialities where five diagnoses consist of 90% of the daily outpatients, that is not easy training.

The medicine which arose in the two famous ancient medical schools in a very small part of the Mediterranean area, where Greeks and Turks are living together today, derived knowledge from many older sources such as Egyptian and Mesopotamian civilisations. There was a healthy competition between the two ancient medical schools and many physicians studied in these schools. You may remember we were all together in Kos island, for 11th WONCA Europe Conference in September 2005 and, there, we all visited the Hippocrates tree in this lovely Greek Island. Hippocrates (460–377 BC), a great generalist physician, known as one leader in the history of the medicine, received his initial general medicine training and then he established his medical school in the island of Kos located only eight miles from Turkey-Bodrum (Halicarnassus). It is written somewhere that Socrates directed a question to a young Athenian. “if you had conceived of the idea of going to your namesake Hippocrates of Kos, of the house of the Asclepiads and paying him a sum of money as a fee for your tuition what (would) you expect to become?" The young man's name was also Hippocrates and he answered that he would expect to become "a physician”. Hippocrates was an Asclepiad. This was reported by Plato, suggesting that he was, in that time, the most distinguished physician in the Meditteranean Sea! He was the leader in his generalist medicine and education field. Who was the Asclepiads? Medical historians assumed that the Asclepiads were shrines to the Greek god, Asclepius, the God of Medicine. The Asclepiads, as pointed out by Withington, were lay “practitioners of medicine” in the Mediterranean region. Knidos or Cnidus is across the island Kos, in south-western Turkey. It is situated on the Datça peninsula, which forms the southern side of the Sinus Ceramicus, now known as Gulf of Gökova. A beautiful place, maybe one of the most famous, for sailing. Asclepidiats were lay practitioners of medicine and they were also there on the edge of Datca peninsula called Knidos

In Knidos, diseases were classified according to the organ affected and Knidian physicians recognised seven diseases of the bile and 12 of the bladder. Thus, Knidian medicine concentrated more on the “disease” rather than on the patient, while Hippocratic medicine of Kos emphasised the “patient” rather than the disease, with great attention to the evaluation of the physical findings.

So even around 450 BC, a generalist and specialist approaches were existing in the south-west edge of Anatolia, modern Turkey and southern east edge of modern Greece. The history of GP/FM education started in this region according to the textbooks of FM! Now we all teach our residents what we know, and ask them to open their minds and eyes to see how FM is and has been in the heart of civilization. In history, FDs/GPs were called practitioners or by other titles, and in the future, despite Artificial Intelligence (AI), it will continue to exist as an irreplaceable speciality keeping in mind how large the field and diagnostic spectrum of FM compared to other specialities. The generalist approach will never disappear as it is the base of medicine. Remember the movie Star Trek’s famous Dr Leonard McCoy who still was needed to be in the spacecraft named USS...You may remember McCoy's catchphrases like "I'm a doctor, (Jim) not a(n)...". McCoy repeats the line when he must perform some task beyond his medical skills, such as the "classic moment" when he is confronted with the unusual silicon-based Horta alien in "The Devil in the Dark" (1967), saying, "I'm a doctor, not a bricklayer." He is a solid doctor and always on Captain Kirk to stay in peak physical condition. He is diligent, sombre, a solid diagnostician. He tries to see the logic and facts and also includes emotions, unlike Spock and Kirk. He was using and handling the tricorder device well, which was a diagnostic machine looking at all physical and chemical parameters but even that was not enough. They needed a doctor with a generalist approach. Despite the fact that his job is Chief Medical Officer, it's not really his primary function on the Star Trek. Spock's the brain, Kirk is the algorithm and decision-maker, and McCoy is the one who has a gut and following his gut-feelings, if something doesn't smell right, Dr McCoy would find out what was wrong which was great! He is a well-defined solid generalist physician living in the future where all AI applications are shaping the life but are not sufficient to manage human health. "How should we be sure the generalist approach works? We have a history more than all specialities, and we have a future to live for more than all. We are specialists in FM with a firm generalist approach, and we shall be transferring this to the next generations. I am inviting to firmly support FM with our traditions and research. I wish FM lives long for the health of the human and for a better world. We need it as you once more saw nowadays especially in the light of COVID. Stay healthy!