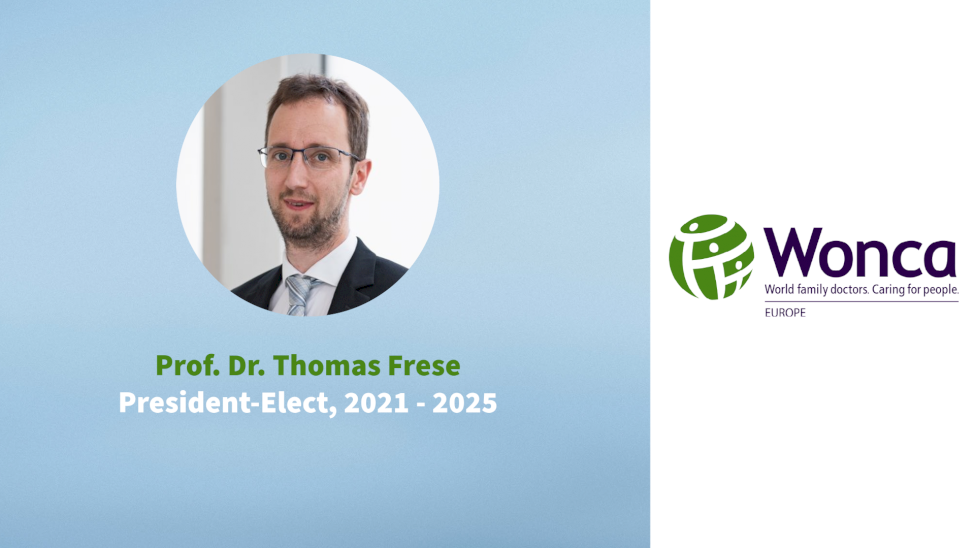 Due to the resignation of Prof. Mehmet Ungan, and the fact that Prof Shlomo Vinker replaced him as the President, a postal ballot to elect a new President-Elect was initiated according to the WONCA Europe bylaws.

After the call to nominate candidates for the position of the President-Elect and the subsequent presidency sent out on 15 th March 2021, to all Member Organizations of WONCA Europe, we received only one nomination, by DEGAM, nominating Prof. Thomas Frese. The Executive Board unanimously decided to organize postal voting to carry out the procedure following the WONCA Europe bylaws.

39 member organizations were invited to vote with clear instructions about the postal voting procedure. We received 26 votes, all in favor of Thomas Frese, which means that Thomas Frese is elected as President-Elect for the term 2021 - 2025.

On behalf of the Nomination Committee, I thank those of you who participated in the election. I will also take the opportunity to congratulate Thomas Frese on his new position.